We believe in keeping music live and supporting live music and musicians.
We support our local, national and international musicians and artists.
(no exclusive contracts here)
Our festival is a FREE event. The only exclusion is Our Dinner Show which is catered so please call The Diggers to book a table on (02) 43323399
Our workshops are run by our wonderful musicians who like to share their knowledge. The workshops will be $20 and in the Pavillion room.
A very special announcement will be made during our festival too so you will not want  to miss out on this one.
Central Coast Ukulele Folk Festival 2018

Program will be out shortly and online

A little taste of whats to come……..

The Nukes from New Zealand

We have had the pleasure of booking this amazing trio a few times and they always deliver and never disappoint.

The Nukes – New Zealand’s original ukulele trio was founded on a crazy whim way back in 2008, by musical desperadoes David Parker, Ben Collier and Dave Thiele.

And what began as a trickle of original tunes soon turned into a musical torrent of biblical proportions- 3 albums and hundreds of shows later here they are celebrating 10 years together.

The past decade has seen The Nukes play their special blend of alt folk/country/roots up and down Aotearoa and beyond, taking in festivals (Womad, Splore, Auckland Folk Festival and many more in NZ and Australia) to theatres and venues up and down the country; No place is safe from The Nukes!

Now, as part of their ten year celebrations The Nukes return to the Central Coast (Yeah for us)  Audiences will be both amazed and possibly appalled by the rare feats of musicality forced upon these innocent wee instruments, slayed by the humour and scandalised by the scat.

Formed in late 2010 by guitarist Hayden Maskey and blues harpist Paul Rubie, Johnny Devilseed & “Old Man Rubes” have been doin’ the rounds about towns, constantly blowin’ the doors off venues, every time they perform.
With a huge repertoire of original songs ranging from the old time era to the modern blues of today, their shows have been described by many as a, “full on, hardcore, foot to the floor, theatrical blues extravaganza!” A dirty Americana style Blues with plenty of talent and swagger, they are a cut above the rest and as their playful interaction seeped out into the crowd they had them from their very first number. (Dan Beazley – Newcastle Live) 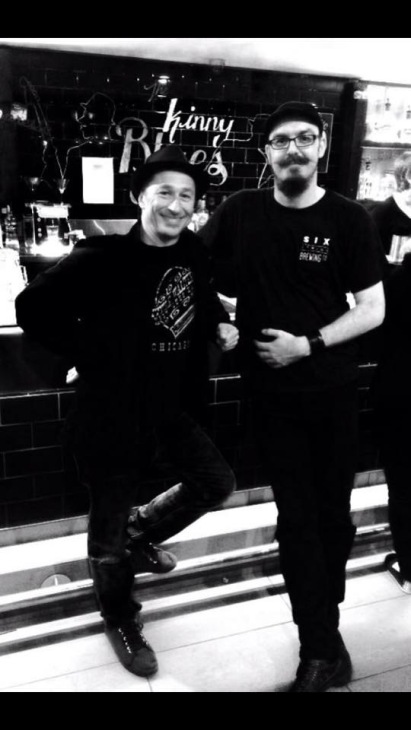 Connor Wink is a young blind Singer, Songwriter and Ukulele Player from Newcastle, Australia. When Connor was two years old, he was playing songs that he had heard and liked on his toy piano. His parents realised that the ability to play by ear was a great gift and encouraged his playing. Later, when he was six, they set out to find a piano teacher to work with him.

By age 11, Connor had already recorded 2 CDs Sounds for Sight and Sounds for Sight: The Journey Continues at home with a 16 track mixer and sang and overdubbed own voice for backing vocals.

By the time he stopped classical training, he had reached Grade 3. During this time, Connor transitioned successfully to singing, due to his ability to memorize lyrics and music combined with his acute hearing, pitch. and unique voice. For a short time, Connor dabbled with the guitar; but later, he discovered the ukulele.

He had found his place as an artist.

Shawn is by far an incredible talenetd musician from Hollywood Beach California. His style of music is brilliant and he is a start in his own right. He does not want any fuss he is here to perform for Connor Wink. Thank you Shawn.

Benjamin Seymour is a  local singer, songwriter, musician from the Central Coast of New South Wales, Australia. It is his dream one day to travel to the Tamworth Country Music Festival and receive a Golden Guitar award for best male artist.

Ben is on tour throughout NSW country towns and took a break to perform at our festival. He is energetic, talented and very gifted singer musician.

Mirrabooka will be your hosts

Mirrabooka are a remarkable four-piece band of experienced musicians. Collectively each member has been involved in the music industry for many decades and have performed with many artists/musicians and genres of music in that time.The band is made up of two couples, Rob and Liz and Rosie and Glenn and formed over 8 years ago. Mirrabooka are popular around their home town as well as national and international regions.

You’ll be inspired and captivated by the beautiful vocals and harmonies, the rhythmic songs and melodies of their originals songs and dance to their catchy covers.

Mirrabooka have a unique original sound of beautiful acoustic music made up with acoustic guitars, mandolins, ukuleles, drums, djembe drums and bass, then throw in some very catchy covers and great sense of humour and you have ‘Mirrabooka‘. Mirrabooka will be performing with the MBB on Saturday night so get ready to dance!

It is our pleasure to invite Cameron back to our festival.

Cameron Murray has been playing ukulele and uke-banjo for more than half his life, his granddad teaching him ukulele when he was too small for a guitar.   He started playing in folk clubs with his father as a youngster.

A proponent of the George Formby strumming style, Cameron enjoys performing classic tunes from the 1920s and 1930s, as well as Hawaiian hits and originals.  Cameron is also a keen collector of vintage instruments and the publisher and editor of international ukulele magazine Kamuke (kamuke.com).

Look out for his new Album 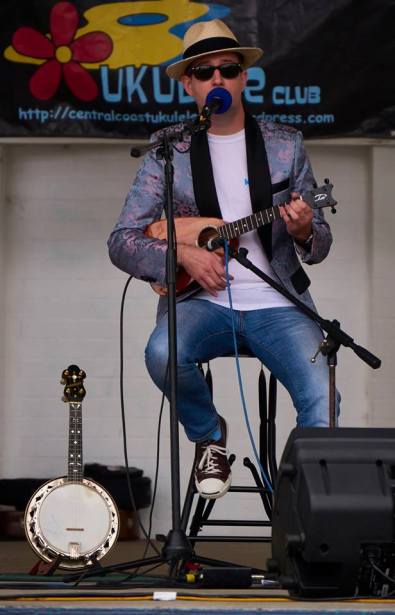 Plus our wonderful performances from 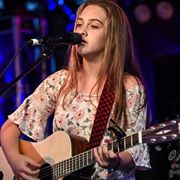 Kristina Joy and The Z Chords 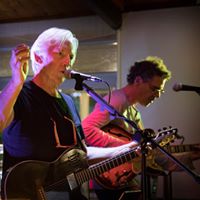 Saturday night is party night: get ready to let your hair down and enjoy the fun and fiesta with the MBB….. Rex Goh, Leon Gaer, Gordon Rytmeister and much much more…

Sunday we present the schools, workshops, collectives and special concerts from the beautiful folk element of our festival

email us at info@centralcoastukuleleclub.com  for more details